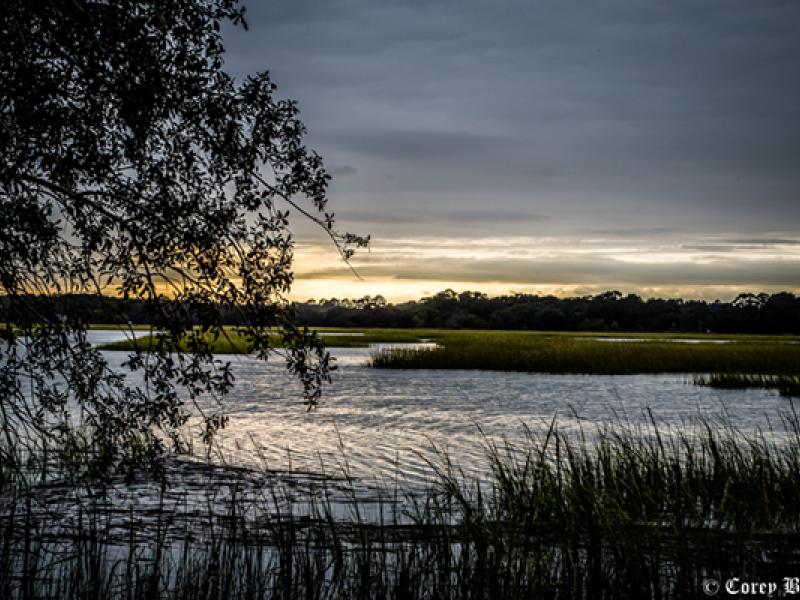 Savannah is known for its history, architecture and those beautiful, majestic oaks draped in Spanish Moss. But one group wants to make sure tourists — as well as locals — know that Savannah’s history and beauty go beyond the downtown Historic District.

Paul Pressly, director of Ossabaw Island Education Alliance, says he and the leaders of other parks and historic areas near the Moon River have noticed the importance of combining forces to showcase how intertwined their missions and history were — and how these locations relate to the tourist experience of Savannah.

These leaders have come together to form the Moon River District Steering Committee.

These sites share a connected history and environment and seem to be hiding in plain sight at the southern edge of Savannah, Pressly said. He said he hopes the collaboration will show tourists that Savannah is more than just an urban experience centered around downtown, and you don’t have to drive to South Carolina to see old plantation sites.

The group has been collaborating for almost two years, and they hope the launch of their website at moonriverdistrict.com as well as promotional brochures touting the Moon River District’s claim as “Savannah’s Lowcountry Experience” will bring more tourists and locals out to their marshy banks.

In 2014, Savannah attracted nearly 13 and a half million visitors, surpassing the previous year’s record numbers. More than 7.5 million were overnight visitors; the rest were day-trippers. Visitor spending tied to those figures totalled more than $2.5 billion with local hotel/motel tax collections eclipsing $20 million for the first time.

For visitors who might be drawn to the new Moon River District, Pressly, who’s a historian, said a combination of threads link those sites and areas together, including the Lowcountry experience, Gullah-Geechee heritage, Savannah’s plantation story, life on the water and coastal ecology.

He said the biggest challenge faced by his group is finding a way to change the sense of identity that Savannah has.

“It’s more than just us,” he said. “It has to do with getting Savannahians and tourism groups to understand that Savannah has a bigger footprint than downtown. … We want people when they come to Wormsloe to understand the story leads to Bethesda … and then to the use of slave labor, which leads to Pin Point, which leads to the other sites as we see the Gullah Geechee influence on all of our sites.

“… There is also a great opportunity for ecological tourism as well. Tourists can … jump into a kayak at one of these sites and head out to Ossabaw or Skidaway and enjoy the beauty of our costal waterways.”

While the sites can’t accommodate large tour buses, Pressly said they’re ideal for smaller groups of six to 15 people who want to experience the Lowcountry.

“It’s water, it’s marsh and it’s a culture that is a little bit outside the urban area,” he said.

Since the sites are located just about 20 minutes outside of the historic district, officials with both Moon River and Visit Savannah hope it will help some of the 13 million annual and repeat visitors extend their stay in the city.

“It’s terrific to see the Moon River District really beginning to gel,” said Joe Marinelli, president of Visit Savannah. “We are always looking for new ways to encourage a longer length of stay for visitors to the Savannah area, and giving them more options outside of the Historic District is a big step in that direction.”

Pressly said the number of visitors varies by site.

Skidaway Island State Park sees upward of 200,000 visitors a year, and Wormsloe Historic Site is next with around 50,000 visitors. Other site visitation is harder to measure, such as the museum at Bethesda, which is opened by appointment, and transportation limits visits to Ossabaw Island.

Pressly estimates the sites together draw about 300,000 people a year.

One place the group wants to showcase, for locals as well as tourists, is the Pin Point Heritage Museum, which opened in 2011.

“This is the only real traditional African-American community on the coast of Georgia that one can get a slice of through the museum,” Pressly said.

“There are a lot of grandparents at The Landings and when their grandchildren come they look for things to do… If you really want to get a sense of Savannah, it’s a great place…,” he said.

“This museum has every chance of being successful… All of us feel like we’ve got to see that this is a success because it brings forth the African-American story at Bethesda, Wormsloe and Ossabaw.”

The group is also building relationships with small business owners in Sandfly by forming a community partnership. For a small donation restaurants and shops are given a window decal advertising their involvement and are featured on the district’s website.

“We want Sandfly people to benefit from this because we can’t really bring the type of tours and groups that we want to without them,” Pressly said.

“Savannah needs to expand its identity. It’s too constricted. It needs to look and have a broader definition of itself. At some point you keep repeating yourself.

“Savannah is bigger than the streets downtown.”

Going forward, Pressly said, there is still a lot of work to be done to increase visitors and raise awareness.

“There is a lot of possibility here, and we won’t realize that possibility until we develop the stories that connect (the sites)… We’ve got to develop these common stories. It’s going to take a while before it’s fully in place,” he said.

“But we have a goal… The regional and national consciousness (of these areas) needs to expand; it’s not just in Savannah.”